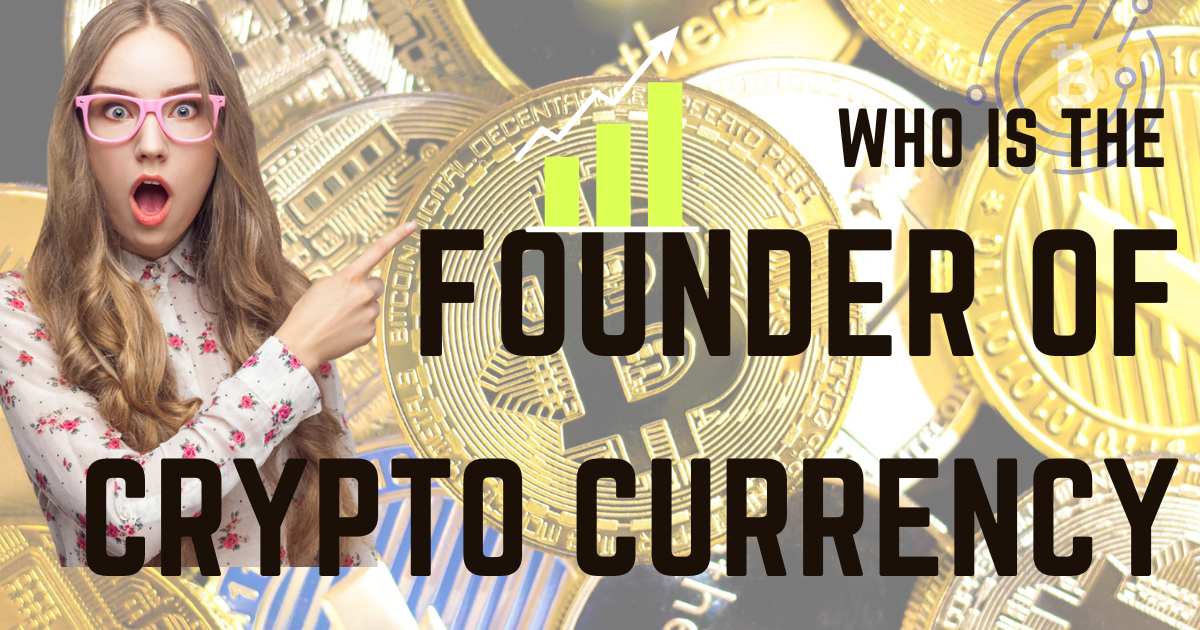 Bitcoin, the first and most well-known cryptocurrency, was created in 2009.As of November 2022, over 100,000 merchants and vendors accepted bitcoin as payment. Bitcoin is unique in that, the total supply is 21 million. They are created as a reward for a process known as mining. They can be exchanged for other currencies, products, and services. But who is the founder of crypto currency it is always been a mystery. 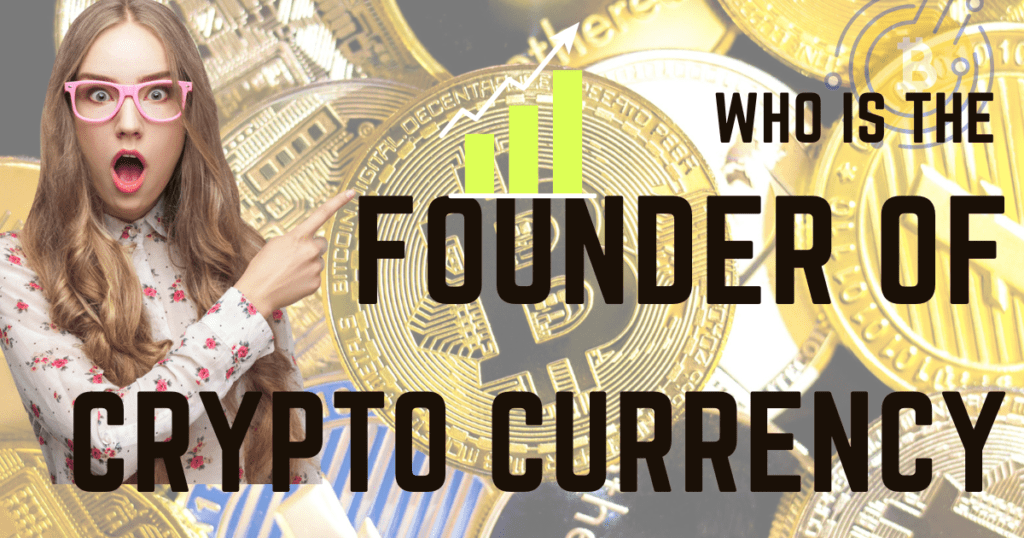 It’s been said that Bitcoin was created in 2009 by Nakamoto, and it is based on the idea of a digital currency that is secure, anonymous, and difficult to counterfeit. Bitcoin was unique in that time as it was the only cryptocurrency that is decentralized, meaning that it is not subject to government or financial institution control.

Who is Satoshi Nakamoto?

Bitcoin is the world first digital or virtual currency that uses cryptography to control its creation and management, rather than relying on central authorities. Satoshi Nakamoto is the name given to the person or group of people who created Bitcoin, a cryptocurrency. Nakamoto is believed to be a pseudonym, and there is no evidence that he is actually associated with any real people or organizations. But nobody knows who he, she or they might be.
All these statements are based on Bitcoin white paper, “Bitcoin: A Peer-to-Peer Electronic Cash System,” published online in October 2008.Satoshi Nakamoto was the author of the white paper, which had the theory and operating structure of the Bitcoin payment system. In February 2009, he broadcast the first-ever online message dedicated to Bitcoin.

Why was Satoshi Nakamoto chosen to create bitcoin?

Bitcoin has been controversial since its creation, with some calling it a digital Ponzi scheme and a tool for criminal activity. However, many supporters see it as a new form of currency that could revolutionize the way we pay for goods and services.

However, it is broadly believed that he crated Bitcoin to take financial control back from financial crisis of 2008.He wanted to give ordinary people the chance to control a decentralized financial system. That’s why he made Bitcoin open source, meaning that no one has the power to own or control it in its entirety. Its design is public, and it is open for anyone to participate.

Who is the founder of crypto currency?

Why we never identified Satoshi Nakamoto?

The Bitcoin was created as a response to the financial crisis that happened in 2008. It shows that even the biggest banks can fail. According to the Bitcoin white paper Satoshi Nakamoto first ever statement was “I’ve developed a new open source P2P e-cash system called Bitcoin. It’s completely decentralized, with no central server or trusted parties, because everything is based on crypto proof instead of trust. Give it a try or take a look at the screenshots and design paper.”

Since his post, people who read it have been following his advice. After his post, around 1 million people have followed his recommendation. Although his recommendation is applicable to only a small fraction of the population, it may be very relevant to a vast amount of people.

is Satoshi Nakamoto being a real person?

People think that the creator of bitcoin is a real person, but we do not know his/her name. We know that someone actually created the source code of bitcoin, or “launched” the system. But the last email from Nakamoto was on April 1, 2011. It was a short statement to a fellow developer. The email was like “moved onto other things”. The last forum post created by Nakamoto was “I am not Dorian Nakamoto” in March 2014. Dorian Nakamoto was a Japanese American physicist. After that post, Nakamoto, who was deeply working as a bitcoin developer, has now completely vanished.

Three years after publishing Bitcoin white paper, a few individuals have been suspected of being the man behind it.

In 2016 Wired Magazine published an paper called “​​Is Bitcoin’s Creator this Unknown Australian Genius?” They claimed this based on some leaked documents. According to the document  it has a page indicating to cryptocurrency supposedly published on Wright’s blog a few months before Bitcoin white paper’s release.

In 2015, The New York Times published an article with the headline called “Decoding the Enigma of Satoshi Nakamoto and the Birth of Bitcoin.” Nick Szabo was a computer engineer by profession, crypto expert and one of the active contributor to the development of Bitcoin.

According to a Forbes journalist Andy, Hal Finney might  be the real Nakamoto. He was a computer scientist, coder, and cryptography enthusiast. Finney was the first person who have worked on debugging and improving Bitcoin’s open-source code. The first Bitcoin transaction in 2009 happened from Satoshi Nakamoto to Hal Finney .

What is the status of bitcoin today?

The  Bitcoin price today is closed to $17,000 USD per single bitcoin. The current CoinMarketCap ranking is #1, with a live market cap of $322,683,961,436 USD. It has a circulating supply of 19,210,431 BTC coins and the maximum supply is 21,000,000 BTC coins.Its been over a decade, BTC remains at the top of this energetic market. Although Bitcoin has lost its dominance over the cryptomarket, it will always remains the largest cryptocurrency, with a market capitalization over $1 trillion mark.  In 2021 April 14, Bitcoin price was $64,863.10 all-time high from the Bitcoin existence.

What could be Satoshi Nakamoto’s net worth over Bitcoin?

It is very likely that Satoshi Nakamoto’s to have very high number of Bitcoin. According to the chain analysis Satoshi have close to 6% of total Bitcoin supply which is over around 1 million bitcoins. With average value of Bitcoin market value, which is close to $29,000 the total value would be $29 billion.

What is the future of bitcoin?

Over the existence over a decade, BTC has managed to create a global community and it has paved the way for the creation of different forms of cryptocurrency over 11,000 and continues to grow in value. However, Bitcoin’s blockchain also needs to evolve we shall wait and see.

Bitcoin has had a turbulence year, but it is still one of the most popular and valuable cryptocurrencies in the world. It is still growing in popularity and has a lot of potential to grow even more in the future. Although till we don’t know who is behind it and I don’t think We can ever get his identities.

Who owns the most bitcoin?

Its been said that Satoshi Nakamoto’s to have very high number of Bitcoin.According to the chain analysis Satoshi have close to 6% of total Bitcoin supply which is over around 1 million bitcoin.

Who is the largest holder of Crypto?

There is no perfect way, we can find who holds the most crypto.Because its all through smart contracts and now a days there are lots different crypto currency.But its been said that value wise Satoshi nakamoto hold the most valued crypto.

The rise of “bitcoin whales” who own most of bitcoin, they normally control the price of Bitcoin by investments and huge founds

Why Bitcoin is so expensive?

The global economy is in a state of flux. With new technologies and modes of payment becoming more prevalent, it’s no surprise that Bitcoin is becoming more expensive. Here are three reasons why Bitcoin is expensive:

There are only 21 million Bitcoins that will ever be created. This means that demand is going to be high, and as a result, prices will be high.

It is very volatile in nature

How is a Bitcoin created?

Bitcoin is created over blockchain technology with cryptography which minimise the max supply and controls to create new unit.